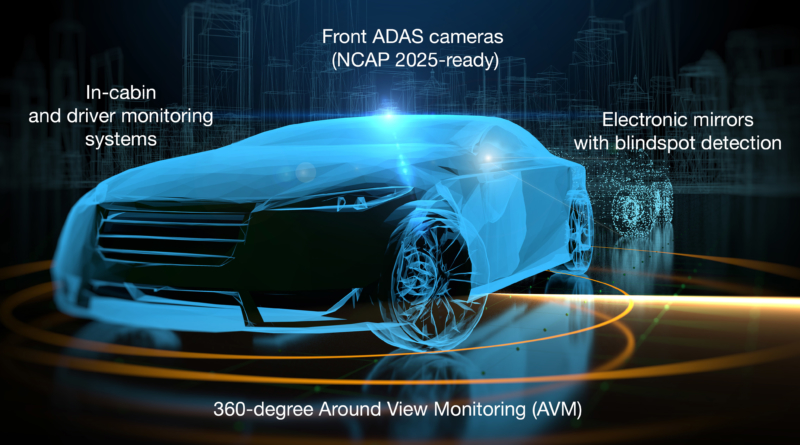 In the past two years, the presence of commercial robotaxis has loomed large, and perhaps nowhere has this image been more vivid than in Las Vegas. Just two years ago, basking in the CES limelight, Nvidia CEO and founder Jensen Huang could legitimately rub his eyes in disbelief of the amount of powerful GPUs that would be needed to keep such fleets humming.

That’s why, even for those who belong to the mainstream automotive industry, one of the most anticipated shows in Las Vegas has become that of Nvidia: a show which last year encompassed a tally of new partnerships that racked up names such as Volkswagen, Uber, Aurora Innovation and (for the Chinese market) Baidu and ZF.

However, during Sunday’s CES 2019 keynotes, Mr. Huang focused his presentation on video games, and the only collaboration with a car group that has seemed to make convincing strides now seems to be the one unveiled in August 2018 with Volvo Cars.

Mind you, where the name of the game is “autonomous driving” Nvidia is still far from an afterthought. On the contrary, the Sino-American startup TuSimple (supported by California-based Nvidia) picked the CES tradeshow to announce that its trucks are running between 3 to 5 daily routes in Arizona. Their trucks’ brains are autonomous systems, albeit carefully monitored by supervisors present on-board.

These days, if you are looking for a familiar automotive company that’s touting its relationship with Nvidia at the Nevada extravaganza, you have to look to ZF. The German supply-chain giant showcased its most recent iteration of the ProAI family of products, spearheaded by its ZF ProAI RoboThink.

It’s set to go into production in a year and the Friedrichshafen, Germany-based firm claims that it will be the most powerful central computer unit for automotive use available, essential for (you guessed it) Level 4 SAE, or higher, self-driving systems.

The ZF offering focuses on a modular hardware concept and open software architecture, with the possibility of including other manufacturer’s chipsets. The scalability of its solutions makes them well-suited to advanced ADAS functions.

This does not entail that ZF has shelved for good plans to lure the self-driving car industry. At the Nevada blockbuster fair, the Germans offered rides to visitors and prospective customers on their blue-liveried robotaxis.

The new Ambarella CV22AQ low power consumption chips have been chosen for use in ADAS systems by Smart Eye and Hella Aglaia, for AI-based driver monitoring and front cameras

If a heavyweight such as Nvidia seems to return to its core business after the blaze of enthusiasm for the self-driving car, other companies seem to go the other way. California-based Ambarella (renowned for its chips for action cameras and also known in Italy for its brilliant Parma office where software for autonomous driving is being developed) announced today that its new CV22AQ image processing chip will be used by Smart Eye in driver monitoring systems.

Applications that the Swedish company develops for car occupant tracking systems can be powered by Ambarella algorithms developed with massive AI doses. Efficiency gains are boosted by the low power consumption of semiconductors made by the Santa Clara group thanks to its CVflow architecture.

The Ambarella SOCs have recently been chosen by the Hella Aglaia group and are destined to end-up on the small forward-facing cameras that the European group is manufacturing by assigning them to applications in ADAS security systems. Other uses for semiconductors are electronic mirrors (just unveiled on the Audi E-tron SUV) and 360-degree monitoring around the perimeter of the vehicles.

The monitoring of cockpits, so far a rarity limited to upscale Audi and Cadillac models, this year will also make its way in the range of Mazda, Subaru and the new Chinese brand Byton. The list is likely to get further additions soon as demand grows. On top of that, the Euro NCAP consortium pledged to give better safety assessments to vehicles that will be equipped with it from 2020 onwards.

In fact, at CES 2019, there was no dearth of companies touting their latest monitoring systems, such as the Australian Seeing Machines, the already named Smart Eye, the debutant Eyeris Technologies, and eyeSight Technologies.

Nauto, the start-up that opened the field and is now focusing mainly on fleets, has definitely found company. The automakers that had previously underestimated the issue, Tesla to name one, will hardly have problems finding plenty of offer to fit these systems to their range.